The Rise & Fall of Phoenix: Lessons in Change Management 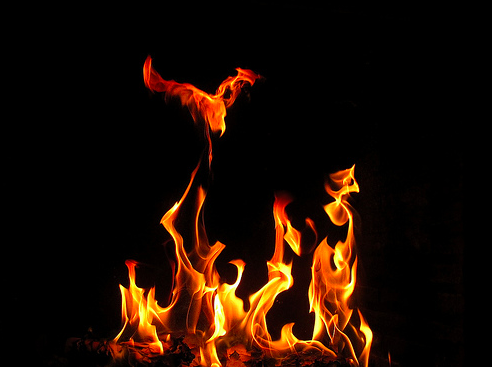 But this year, we’ve witnessed the gory details of a slow-motion play by play of the extraordinary rise and fall of Phoenix, the Government of Canada’s new centralized pay system. As change management professionals, this has given us a front row seat in what is sure to become the poster child project for how technology and process centralization can go horribly wrong.

While I have no direct knowledge of the project, or the inner workings of what  is certainly a massively complex and ambitious transformation, I’ve been fascinated to watch the story unfold from the lens of change management.

If you aren’t familiar with the issue, here’s a brief summary:

Under the Harper government’s Shared Services model for administration, an ambitious plan to centralize the pay system for Canada’s 300,000 public servants was initiated in 2009 and was launched by the Trudeau government this past February. Over the last six months, 80,000 employees have experienced pay problems: some have had errors in their pay, some have been overpaid, and more than 700 haven’t been paid at all. Those who received no pay tended to be those whose pay processes were non-standard, such as students and workers returning from maternity or medical leave.

That’s how the otherwise rather dry topic of federal pay system renewal became headline news across Canada. Stories from employees receiving no pay ranged from students who couldn’t pay rent, cancer survivors who couldn’t afford out of pocket health expenses and hundreds of employees experiencing significant stress caused by losing their income (and, not insignificantly, still being expected to perform at their jobs). For many, it’s been a summer where usual activities such as holidays and summer camp have become impossible. Legions of employees are suffering from debilitating stress, anxiety and insomnia as a direct result of this failed technology deployment.

At a system level, this is remarkable. The Canadian government prides itself on being a digital powerhouse – not the kind of banana republic that might have basic pay problems with almost a third of its employees. From a procurement perspective, this story may be a searing chink in the armour of the oft-repeated axiom that “nobody ever got fired for hiring IBM”, the technology partner who was awarded the $180 million contract to deploy the off-the-shelf PeopleSoft solution.

Following an emergency meeting of the government operations and estimates committee, escalated efforts are now underway to correct the technology with the goal of resolving all issues by October.

In the interim, what lessons does this live case study offer to change leaders and practitioners?

Here’s what I see as main insights for change management emerging from Phoenix to date:

While the Phoenix issues are resolved in the coming weeks and months, the project will no doubt become the new cautionary tale for change practitioners working on public sector centralization initiatives in Canada.

Fast forward months and years from now: All a change manager will have to say at a project meeting is “remember Phoenix?” for a sponsor’s blood to run cold – it may be just the reminder that’s needed when a sober second look at the importance of risk assessment, consultation, training or sustainment is in order.

In considering how to improve the strategic performance and value of your communications function, it’s useful to have a framework to understand your current positioning and identify practical directions for enhancements. This X Y chart provides a simple model for assessing where you are, and where you want to go. It works like this: The […]

Guidance for Strategic Planning in Change

“[…] There is no such thing as a purely deliberate strategy or a purely emergent one. No organization—not even the ones commanded by those ancient Greek generals—knows enough to work everything out in advance, to ignore learning en route.” – Henry Mintzberg As change practitioners, how do we translate these insights into practice? A few suggestions: […]

The Communicator in the Driver’s Seat

Some communicators are unhappy seeing communications as a business enabler and support function to their organization. Perhaps they feel that the art of messaging is so verbal, creative or different from everything else an organization does that it’s something else altogether. Whatever the rationale, this attitude is factually misguided and professionally unhelpful. The essential truth […]